As a child, the public library introduced me to the world of possibilities. As an adult, my career obligations sent me to many new towns, new countries. No matter where I was, stepping into the library was, for me, coming home.

Whatever their size, wherever their location, libraries are truly mystical, magical places. Over the years, librarians have found a way to make books available to the public. At the start of the 20th century, for example, Washington County Maryland launched what’s believed to be the first bookmobile using a horse-drawn carriage:

While urban areas transitioned from wagons to gasoline-fueled vehicles, people living in isolated rural communities in the Appalachian Mountains were served by the Pack Horse Library Project:

Meanwhile, county libraries in many states incorporated book wagons of their own: 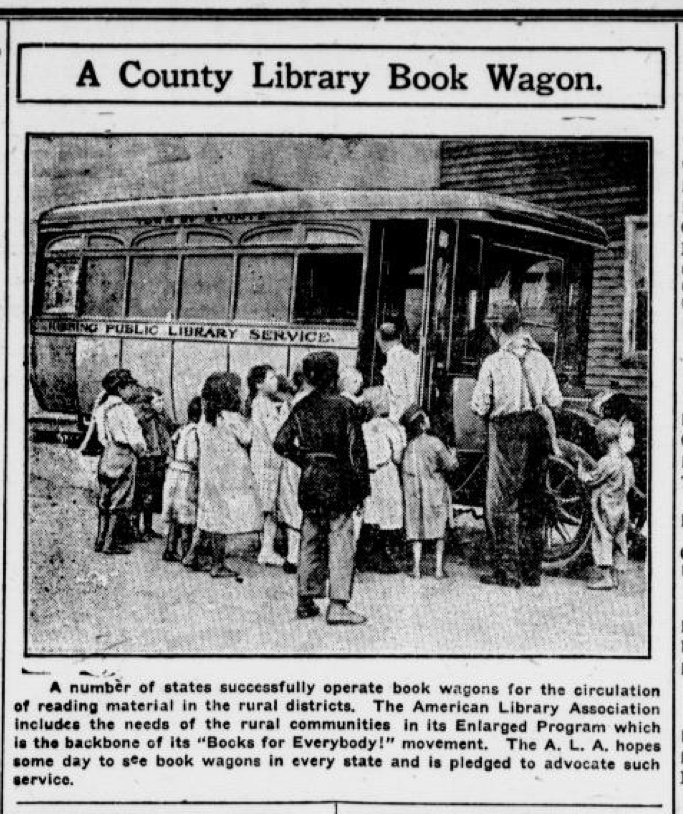 Photo courtesy of Library of Congress

Many early libraries depended on the generosity of philanthropists such as the industrialist Andrew Carnegie. Here’s one reputed to be the earliest Carnegie Library in Wisconsin:

This quote by the gifted Ray Bradbury sums it up perfectly:

5 thoughts on “Windows to the World”

This site uses Akismet to reduce spam. Learn how your comment data is processed.