As promised, here’s another post about Ozark magic, folklore, and superstition. This one was written by  Joshua Heston and first appeared on June 11, 2014 on the State of the Ozarks website.

As I did while researching my series, Joshua drew upon the work of folklorist Vance Randolph, who traveled throughout the Ozarks in the 1920s and 1930s talking to the hillfolk whose families have called these hills and hollers home for generations.

I’ll note that Randolph, as the scholar and researcher he was, recorded those conversations faithfully, to include explicit descriptions and graphic narratives some might find amusing but others might consider the tales impolite. (If you’re easily offended, look elsewhere.)  If what you seek is a better understanding of the region and its customs, Randolph is an excellent source. As noted  on the back cover of the 1947 edition of Randolph’s Ozark Superstitions:

The Ozark region of Missouri and Arkansas has long been an enclave of resistance to innovation and “newfangled” ideas. Many of the old-time superstitions and customers have been nurtured and kept alive through the area’s relative isolation and the strong attachment of the hillfolk to these old attitudes….Through casual conversations rather than by direct questioning, he has been able gradually to compile a singularly authentic record of Ozark superstition. His book contains a vast amount of folklorist material, including legends, beliefs, ritual verses and sayings, and odd practices of the hillpeople, plus a wealth of general cultural data.

To understand the Ozarks, one must understand the hillfolk and their roots–their fears, beliefs, hopes, and dreams. My thanks to Joshua for allowing me to repost this in its entirety.

Our rational, scientific world filled with textbook knowledge and an overabundance of electronic equipment has little room for the unknown or inexplicable.

“Faith” is carefully relegated to quiet, predictable corners of our lives where it won’t interfere with the larger, homogenized world around us. And old beliefs — let’s just call it superstitious folklore and be done with it — are left in the increasingly dim past or the pages of a dusty library book.

But how many escaped Europe only to be persecuted for their beliefs here — beliefs animistic and pagan? We’ll likely never know the real numbers for people hiding in the shadows rarely keep accurate roll calls.

“A moment after he said he could see a great serpent moving about the room, and became considerably excited. I saw nothing with any definite shape, but thought that black clouds were forming about me. I felt I must fall into a trance if I did not struggle against it, and that the influence which was causing this trance was out of harmony with itself, in other words, evil.” — page 34, The Celtic Twilight, W.B. Yeats

Across the world, oppressed peoples have oft-retreated to the wild places for safety: the Caucasus Mountains, the Black Forest, the mountains of Haiti, of Appalachia, the bayous of Louisiana, and the rough hill country of the Ozarks all became — at one time or another — refuge for those civilization attempted to destroy.

And it is there the lines between dark and light, magic and faith, heaven and hell, can become thin indeed.

An amalgamation of ideas — some secret and hidden away, some loudly expressed — came together in these hills ultimately populated by a sequestered people not in the habit of sharing their ways with outsiders.

Vance Randolph would write, sometime in the 1940s, “Some of them [Ozarkers] will even deny that they ever heard of witches or witchmasters. The truth is, however, that a great many Ozarkers do believe these things. I meet people everyday who are firm believers in witchcraft, and I have been personally acquainted with more than a score of so-called witches myself.”

To modern sensibilities, this is the stuff of legend, of mythology and pointless folklore.

To those who believe, however, it is life and power.

The tangle of cultural influences hang like a mass of river vines over dark water. Truly, how different is the interpretation of Mark 16 — “They shall take up serpents; and if they drink any deadly thing it will not hurt them” — and the rituals of Vodou’s Damballah, a snake loa celebrated in New Orleans for life and wisdom?

“Of course, we had our snake-handlers too. Those who took up serpents, they were called. They were good people, and I noticed others seemed afraid to say anything against them, because they showed such love, and wore such sweet countenances. You’ve got to walk a straight walk, walk a good walk, walk with real faith if you’re going to pick up one of those rattlesnakes fresh out of the mountains.”— page 26, Up On Melody Mountain, by Betty Jean Robinson

Into this land came dispossessed Christian sects, European witchcraft cults, faith healers, Indian medicine men, hoodoo practitioners (the “country cousin” of vodou). Join with that the Ozarks’ dark places of the earth — deep and mysterious holes in the mountains and dim, shadowy coves — and you have a hidden culture no less real than the supernatural religions of West Africa or Southeast Asia.

“Thou shalt not suffer a witch to live,” reads Exodus 22:18 and more than a few back country churchgoers took that word literally, giving strength to what Vance Randolph would record as “witch masters, white witches, witch doctors, faith doctors, goomer doctors and conjure folks,” —

“I once knew a man who spent half-an-hour or so every evening playing with a wooden spite doll, which was dressed to resemble a local woman who could ‘do things.’ Time after time he would thrust the little image into the fireplace, until the feet touched the glowing embers, and then snatch it out again. The expression on his face was most unpleasant. I am quite indifferent to the ordinary superstitions of the hillfolk. I visit graveyards at night, shoot cats on occasion, burn sassafras wood without a tremor. And yet, something akin to horror gripped me, as I watched the witch master’s sadistic foolery. I should not care to have that man burning a poppet wrapped in my undershirt.“ — page 289, Ozark Magic & Folklore, Vance Randolph.

It is a history of persecuted peoples — the lost and wandering — despised and misunderstood by the civilizations around them, all hidden away from a larger world. It is a story of quests for power and security, love and revenge.

Ultimately, this is a story of choices between light and dark, heaven and hell, all in those strange in-between places where the lines are inexplicably blurred.

Perhaps it is not just old timey folklore after all.

To read more by Joshua Heston and to learn more about the Ozarks, visit StateoftheOzarks.net, a site “dedicated to the celebration and preservation of Ozark culture.” 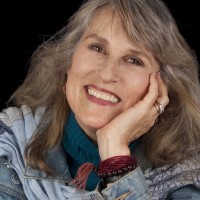